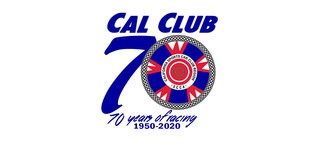 (Editor’s Note: Thanks to Cal Club Ombudsman Allan Coy who provided much of the history noted below.)

During the 1950s, Cal Club welcomed all drivers. Those early races at such tracks as Riverside International Raceway and Santa Barbara drew large entries and many spectators, an example being the 1959 Memorial Day weekend at Santa Barbara with 295 entries and 25,000 spectators. People like Phil Hill, Bob Bondurant, Rick Mears, Dan Gurney, Masten Gregory, Carrol Shelby, Elliott Forbes-Robinson and many, many others took part in Cal Club races over the years at places such as Palm Springs, Torrey Pines, Paramount Ranch and Pomona Fair Grounds. Other locations for Cal Club events over the years include: Auto Club Speedway, Del Mar, Dodger Stadium, Hansen Dam, Willow Springs International Raceway and Laguna Seca.

As the decades went by, more and more Southern California tracks were disappearing. By the 1980s, there were only two viable road courses available in Southern California, those being Riverside and Willow Springs. When Riverside shuttered, Cal Club struggled to find places to race. In the mid-‘90s, several members started thinking the Club should build its own track as a way to guarantee a place where future members could race. With the help of a few real “believers” who financed the effort, plans for Buttonwillow Raceway Park were underway. The official groundbreaking was July 15, 1995, for Buttonwillow Raceway Park that today is a major motorsports complex hosting a wide range of events.

In Southern California, Cal Club remains a force in auto racing as the SCCA Region still offers a wealth of competition programs in Road Racing, Solo® and RoadRally. California Sports Car Club has a rich history producing some of the world’s most noted drivers and top-notch race volunteers. To learn more about getting involved with Cal Club, or to learn about the Region’s upcoming events, check out https://calclub.com/. And be sure to follow this weekend’s Hoosier Super Tour action from Buttonwillow with live Timing & Scoring, video cameras and Super Tour Radio presented by Hoosier Racing Tire at www.scca.com/live.